What are the most searched questions about IR35 reforms? 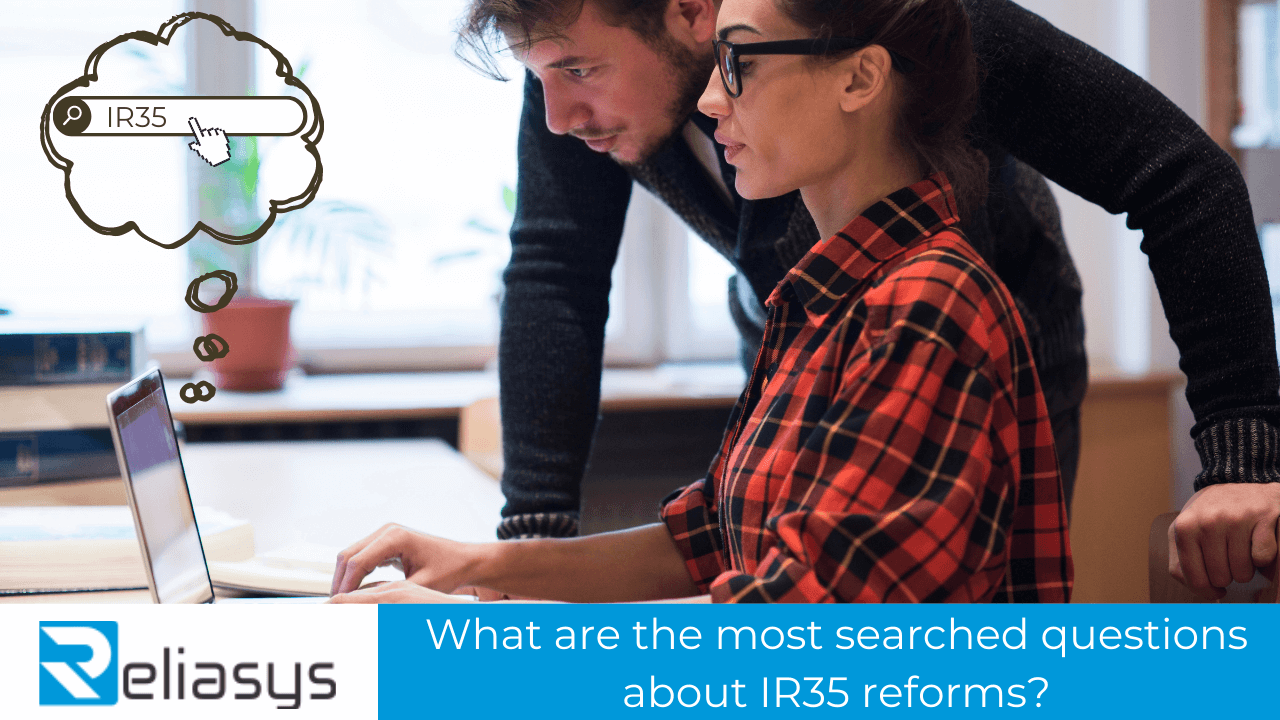 IR35 is a tax enactment that affects self-employed individuals who work through an intermediary; commonly their own limited company. The reform tries to forestall any tax advantage being acquired by people who may be considered as an employee of the hirer in the absence of the intermediary.

Below we have talked about some most searched questions on search engines related to IR35 reform.

What are the alternatives available post-IR35?

The new IR35 changes hugely affect self-employed people. Numerous freelancers who were formerly working 'outside' IR35, have now been told they can't offer types of assistance through their limited firm; bringing up issues about how they can keep functioning consistently while keeping up the adaptability they had previously.

If you accept the greater part of your agreements will be 'inside' IR35 currently, turning into a worker of an umbrella organisation may be best for you. Umbrella employment is one of the most effortless and least complex approaches to work deftly.

Also See: Everything you should know about IR35

What happens if my job is inside IR35?

IR35 can influence the method in which you work your business. When your agreement is discovered to be inside IR35, you won't profit from similar tax efficiencies as you should. A contractor who's 'inside IR35', HMRC considers them to be an employee and in this manner asks them to pay annual tax and National Insurance, as employees pay. You don't confront this in case you're 'outside IR35'.

Does IR35 apply when working abroad?

Yes, if you're a contractor who is a UK taxpayer, IR35 should, in any case, be deemed regardless of whether they are working abroad or being paid in an alternate currency. Who decides the matter will rely on whether the end customer has a UK presence; if not then the contractor should decide their own IR35 status.

What tax do you pay while working inside IR35?

Just like the way an employee pays Income Tax and National Insurance Contributions (NICs) on its profit, you’ll have to do the same at the end of the tax year by ascertaining the 'deemed payment'. You will possibly have to calculate it on your own when you are working in the private sector with a small company. For those working inside IR35 inside the off-payroll working guidelines, your salary payer will subtract the important tax and NI from your salary prior to paying you.

What risks do non-compliant umbrella schemes bring to contractors?

Many times it has been observed that many schemes refer to themselves as umbrellas, however, they are not an umbrella organisation because they "operate" by paying a little segment of contractors' profit via PAYE and afterwards camouflaging the excess payment as something different, for example: in the form of an offshore loan.

When somebody utilises such a scheme, they throw themselves at huge monetary risk and HMRC will anticipate any charge for neglected taxes to the date that they joined the scheme. After including the fines in the tax; the tax bill might actually be exceptionally big.

From now on, end clients need to grapple with the challenges of making IR35 judgments. Earlier, it had been the contractor's commitment. This has brought about a lot more engagements being considered 'inside IR35'. Small end clients are exempted however for every other person, it is critical to approach your client about the IR35 status of your commitment and ensure they are doing an appropriate assessment. The distinction in your salary can be huge so you need to ensure the client is hitting the nail on the head.

If you’re also looking for an umbrella solution mainly in the IT, Medical and Healthcare profession then feel free to get in touch with our experts at: