Umbrella Company Cloning: How to spot this big fraud?

It is an unfortunate reality that where there is money to be made, there will always be those who try to illegitimately capitalise on the situation. This is especially true when it comes to the transfer of money, whether it is in the form of physical currency or digital assets. In either case, there are always those who seek to exploit the system for their own gain. This can take many forms, from simple theft and fraud to more sophisticated schemes such as money laundering. 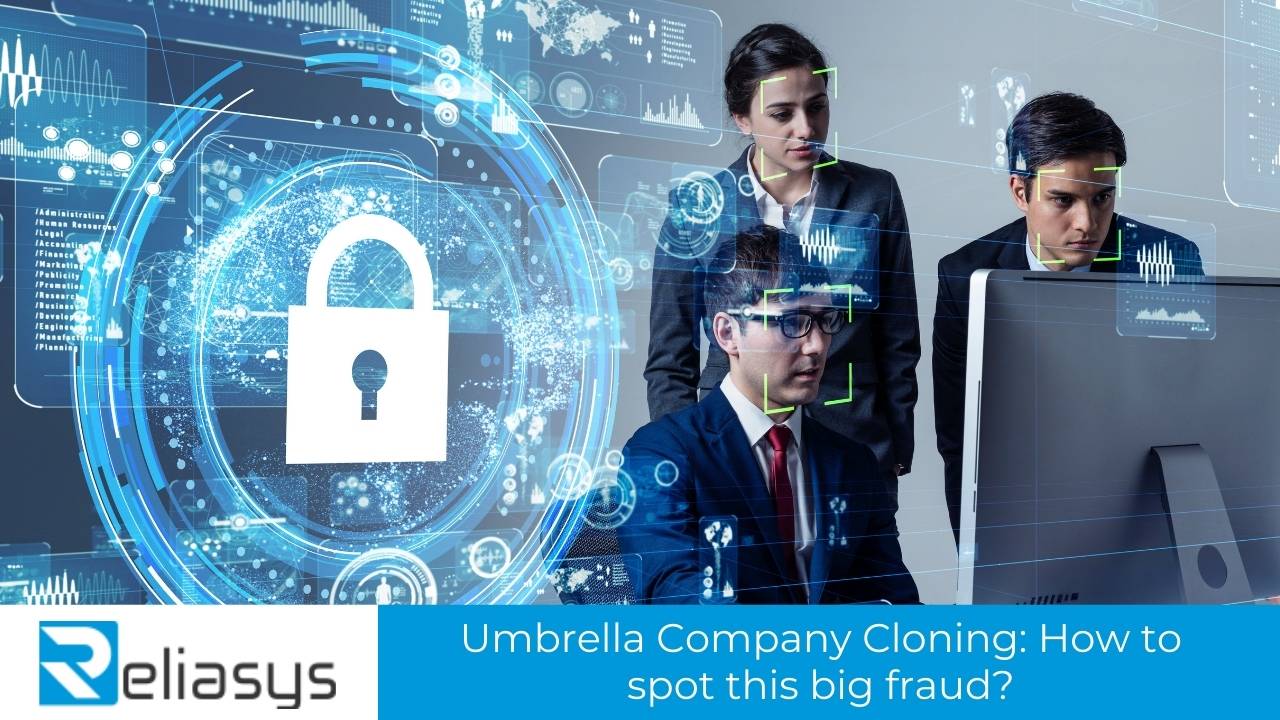 The new targets are recruitment agencies, umbrella companies, and contractor candidates. According to researchers, miscreants are trying to extract money from people by cloning legitimate umbrella companies. The goal is to trick users into thinking they are dealing with the real company when in reality they are not. Then, the clone will offer services at a lower cost than the legitimate company, hoping to entice people who are looking for a bargain and higher returns. However, those who fall for this scam will likely end up paying more than they would have if they had gone with the real umbrella company.

How does this clone fraud work?

There have been a number of cases in the UK where fraudsters have created multiple clones of legitimate umbrella companies. They do this in order to steal money from unsuspecting workers. The fraudster will create a company that looks very similar to a legitimate umbrella company, and then they will contact workers, offering them the solution through the fake company.

The workers will then submit their timesheets through the fake company, and the fraudster will pocket the money that should be going to the worker's real umbrella company. This can result in workers losing out on hundreds or even thousands of pounds.

So it's important to be very careful when choosing an umbrella company and to make sure you do your research before signing up with anyone.

One such example of this fraud is faced by Lucy Smith, the director of the real firm Clarity Umbrella Limited of Ipswich. She filed a complaint to Companies House saying that somebody make a clone of her company by using a slightly different name Clarity Umbrela Limited. To which the Companies House said that the other company is acceptable as the name of the fraud company is quite different and acceptable in the eyes of the law.

Lucy Smith said, “On Friday, I received a call from a contractor who had been cold-called by a company claiming to be Clarity, offering a significantly higher take home, indicating a tax avoidance scheme was in place.

They even used my name and had managed to obtain an Ipswich phone number to make it look like it was us calling. Companies House needs to take action. The individuals named behind these cloned companies may not even be actual people, there is no digital footprint that can be found to indicate that they even exist.”

How to prevent yourself from such frauds?

As an Umbrella Company or Recruitment Agency

As a recruitment agency or umbrella company, you must always follow a financial transfer protocol and it must contain a Single Point of Contact (SPOC).

Check the company name if they seem like very similar to your or someone you know then you should immediately lodge a complaint against it to the Company House.

If you think that there is something wrong then the directors of a clone company should always be checked to make sure they are actually running the business. You can quickly do an internet search on Companies House (a site which provides access) as well as check whether these supposed CEOs have been listed there before by clicking their names.

There are a few things you can do to protect yourself from umbrella company clone fraud in the UK:

Chris Bryce (chief executive of the FCSA) commented in an interview with The Mirror, “The root cause is the criminal but the system itself does not make it difficult for clones. It’s baffling how this situation has come to pass. The spokesperson of Companies House said to me that at present it has no power to investigate suspected fraud, but insisted: “We work closely with law enforcement partners where fraud is suspected.”

If you’re searching for an umbrella solution mainly in the IT, Medical and Healthcare professions then feel free to contact our experts at: