Self-isolation exemptions putting many contractors at risk of losing income

The UK government has been asked to stretch out self-isolation exemptions to self-employed professionals who might have restricted employment rights in case they are compelled to remain at home. 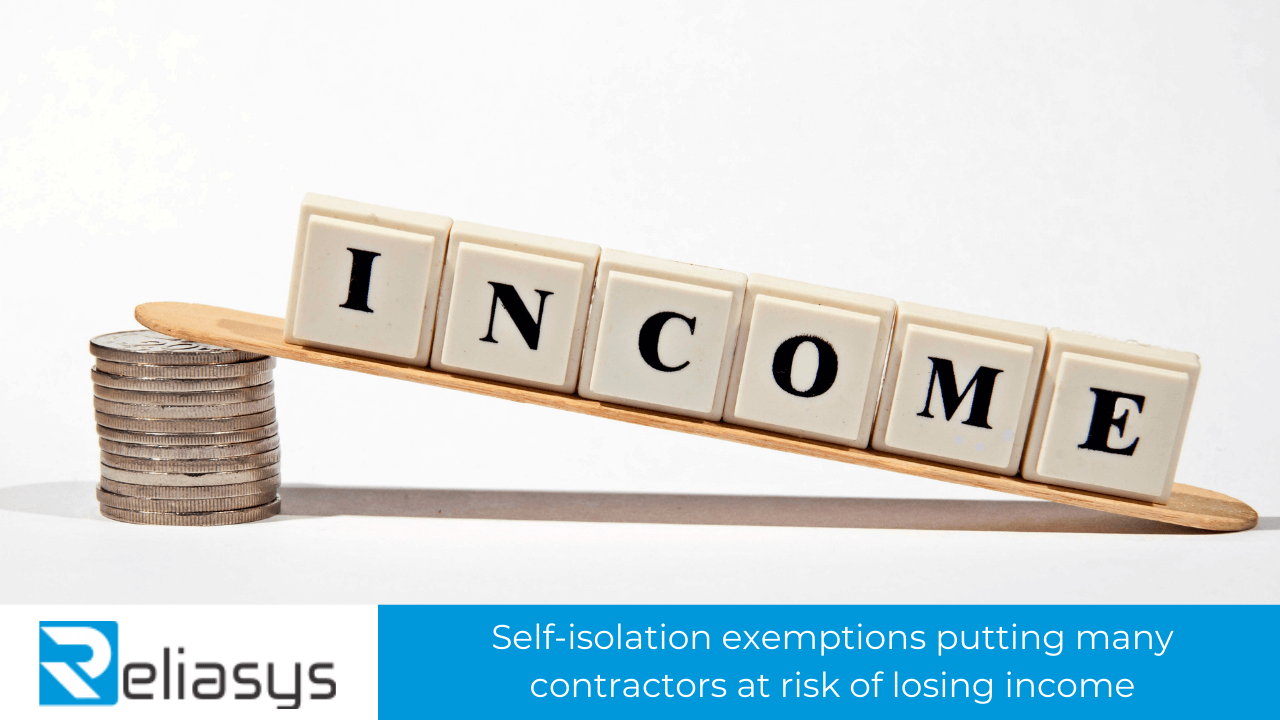 The Association of Independent Professionals and the Self-Employed (IPSE) has appealed the UK's “Poorly-drafted” self-isolation exemptions list saying it neglects to consider working circumstances, leaving contractors in danger of losing pay in the coming weeks.

A few businesses are vigorously staffed by self-employed individuals. Many contractual laborers, for instance, work on contract based and they are always surrounded by the risk of getting replaced if they would not attend their shifts.

Staff shortage due to NHS guidelines

This comes after new information uncovered that a record 618,903 individuals were advised to isolate themselves by the NHS Covid-19 application in the week to 15 July, causing shortage of staff inside organisations and production disturbance.

Individuals who are self-employed get nothing at all when sick. There are less employment rights for self-employed employees which means that if one day they get sick or won’t attend a shift, they will be easily replaced and their income will be affected adversely. With these issues, it is not shocking that workers will be tempted to ignore the restrictions, as they can’t bear to refrain themselves from work.

CEO of IPSE, Derek Cribb said, “The government’s narrow self-isolation exemptions list yet again leaves freelancers and the self-employed in the lurch. Although it is understandable that the government has focused on critical industries, it has failed to account for people’s working conditions and the fact that for many self-employed people, being told to isolate can be a financial catastrophe.”

Cribb further commented, “From plumbers to construction workers, many of the UK’s self-employed cannot work from home: isolation can therefore mean up to 10 days of lost earnings and delays to projects. Freelancers have felt the worst of the financial impact of the pandemic – especially the up to one million who were left entirely without support. For many of them, therefore, the fact that the government has let them fall through the cracks again will be a serious blow.”

What can the government do to help contractors?

The government should consider the harm which an increasing number of self-isolation orders is doing to numerous self-employed individuals.

If the government can't bring the test and release framework forward, then it should expand the list of exceptions for double vaccinated individuals to incorporate self-employed-dominated sectors.

Contractors are already worried and frustrated about their IR35 status, the government should not further pour oil on the flames.

The self-employed who can’t work from home (say construction sector people) are facing multiple difficulties and losing their income. Also, the NHS Track and Trace app is not helping.

Reliasys is an umbrella company that offers Full employment rights/Statutory Benefits, Perks, Insurance and more to all the contractors working under it. Get in touch to know more!

Also See: Hourly or Daily contract rate - How to maximise your earnings?