Nursing: The most respected profession in the UK

Taking care of others when they need you is compensating professionally and personally. Nurses (whether beginner or experienced) have always been held in high regard in the UK. Recently, the Totaljobs research uncovered that nursing is the most regarded profession in the UK, seeing a 55% rise in respect from people during the pandemic.

At the time when Covid-19 was at its peak, the limelight was entirely on the NHS, and the role they needed to play. Nurses and doctors were at the front line of this and the demand was increasing day by day. 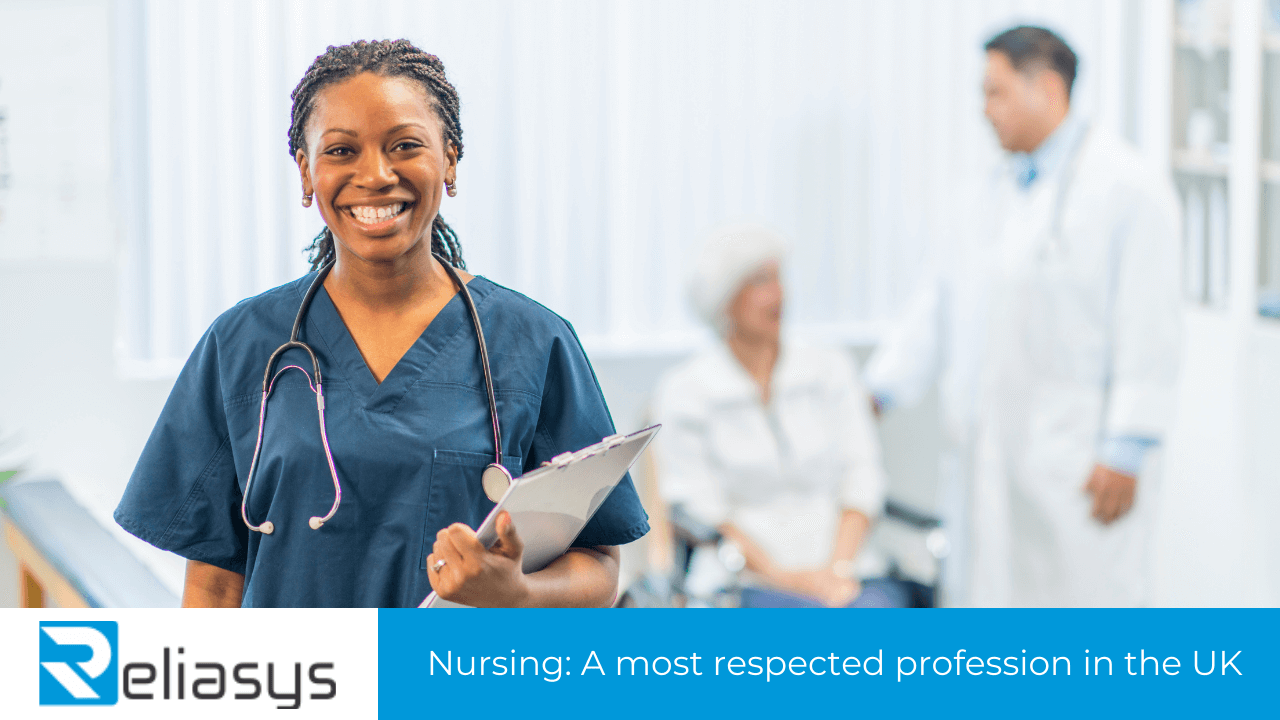 This pandemic has brought different perspectives in society, dividing the job roles into "essential" & "non-essential" roles. This has shown us the concealed and indispensable worth of occupations that general society might not have acknowledged previously.

Not only the nursing sector but the other sectors such as postal carriers, retail workers, waste collectors, and food delivery workers gained noticeable respect among the general public. As per the research, there are two professions that lost value during the pandemic; the individuals who are frequently seen as the ones who showed distorted truth i.e., journalists (- 3%) and politicians who mostly make poor policies (- 16% to - 18%).

Are nurses being paid less?

The recognition follows an expectation of a fair salary. You should know that Nurses seem to be highly underpaid, with 59% of individuals surveyed in the same research, questioning whether those experts aren't paid fairly.

People of the UK believe that our front line workers like - cleaners, food delivery workers, retailers and social care workers deserve a hike in salary. And the same research revealed that 60% of people agree that politicians are overpaid.

Should you consider this career option?

In the research, every 5th (19%) younger person (should we call Gen Z) considered a career change in the field of medicine and nursing. They want to play an important role in society and wish to take an “essential” job role.

Also, despite being viewed as less paid, social care jobs acquired ubiquity during the pandemic, with a 39% expansion in applications. Yet, unfortunately, this public appreciation isn't the same when it comes to compensation: with 1 of every 2 of the frontline labourers hoping to leave the sector saying that low salary is a factor.

‘‘Whether a doctor or a delivery driver, those individuals who have worked as key workers over the past year have gone above and beyond to continue to serve our communities throughout the pandemic. Today’s research reveals, quite rightly, that these professions have been re-evaluated by many and found further acclaim and admiration during a time of crisis,” said Jon Wilson, (CEO of Totaljobs).

Get in touch with us today to find out the best solutions.

Also See: Getting started in the IT contracting industry