Job Retention Scheme- Everything you need to know

Rishi Saunak, the UK’s Chancellor announced the first budget of his term recently amid the havoc wrecked by the ongoing Coronavirus pandemic. It was the first budget since October 2018 and is mainly aimed at the healthcare sector and offering security by protecting the workforce of the country in the light of the current crisis. 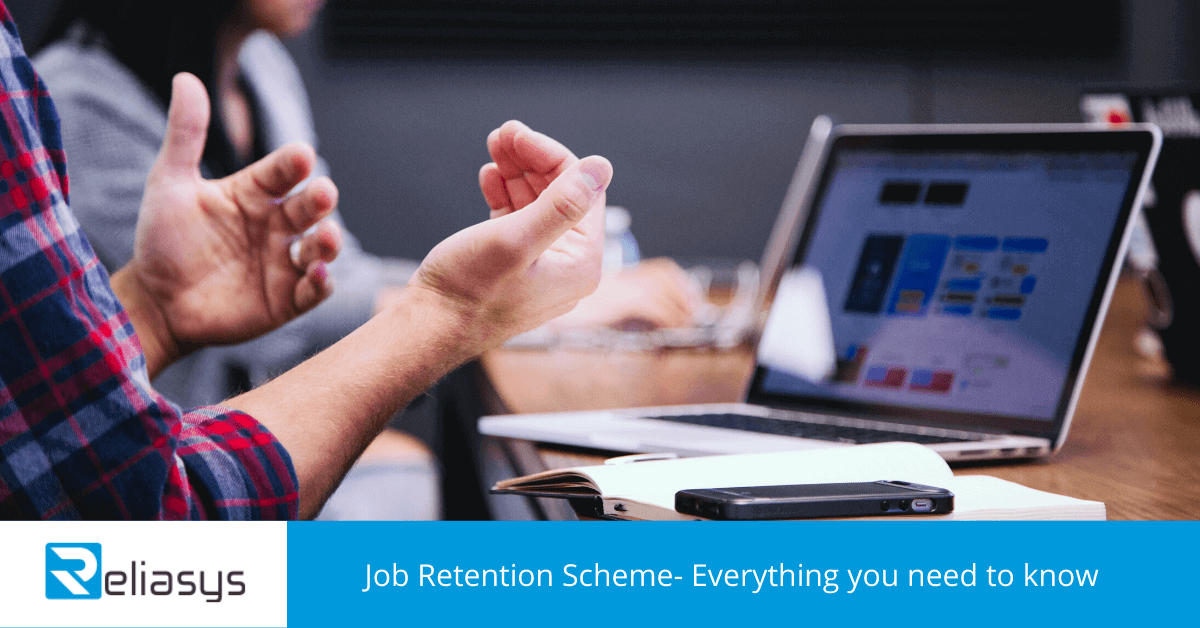 The budget includes a Job Retention Scheme for employers (businesses) that have been severely hit by the impact of COVID-19 and are finding it difficult to keep their employees employed. The scheme allows employers to apply for a grant by the Government that will cover 80% of the monthly wages(upto £2,500 a month) of furloughed employees alongside covering the Employer National Insurance contributions as well as Minimum Automatic Enrolment Employer Pension contributions on employee’s wage. All employers are eligible to apply for the scheme but there are certain rules and regulations that will be considered and employers should be well-aware of.

The scheme will be in effect from March 2020, for at least 3 months which may be extended forward.

So, here’s everything you need to know:

To claim the benefits of the scheme, employers must have:

Businesses, charities, public firms and recruitment agencies fulfilling the above criterias can apply to benefit from the Job Retention Scheme.

For Apprentices also the scheme works similarly and they can be granted leave and can continue with their respective training whilst they are furloughed. However, employers are to pay Apprentices the Apprenticeship Minimum Wage, National Living Wage or National Minimum Wage (AMW/NLW/NMW).

Not many public sector organisations will use the scheme since most employees of such organisations are already contributing towards the fight against coronavirus outbreak.

For employers that used to get public funding for managing staff costs, and the funding is still on, such employers are expected to pay the staff as they did to and not furlough them. Same applies to the publicly funded non-public sector employers.

Organisations that are receiving public funding specifically for providing services as a response to fight the COVID-19 are not expected to furlough staff.

Individuals paying employees like nannies, maids, babysitters,etc are allowed to furlough such employees. However, individuals should pay them through PAYE provided they were on their payroll on, or before, 28 February 2020.

Companies managed by an Administrator, the Administrator can get benefits from the Job Retention Scheme, provided there is a likelihood of rehiring the workers.

Some Rules Employers and Employees should know about the Job Retention Scheme:

Job Retention Scheme eligibility for individuals who are not employees:

Individuals that aren’t necessarily employees under the employment law but are paid via PAYE are eligible for the Job Retention Scheme under the fellow guidelines:

Office holders are eligible to be furloughed after an agreement between the operator of the PAYE and the office holder(might be a Director or a member of LLP).

WHile salaried office holders are eligible to be furloughed, Company Directors(under the Companies Act 2006) can be furloughed depending on the mutual decision of the board of Directors, provided they perform particular duties in order to fulfil the statutory obligations they owe to their company. Also, such directors shouldn't be generating commercial revenues and/or provide services to or on behalf of their respective company.

The same shall apply to salaried individuals that are directors of their own personal service company (PSC).

LLP members that are salaried employees under the Income Tax (Trading and Other Income) Act (ITTOIA) 2005 are eligible to be furloughed to benefit from the scheme. Such members to be furloughed need to be verified by a mutual decision of the LLP. In case of absence of an agreement, default provisions shall be considered under the LLP Act 2000.

Agency Workers including the ones employed by umbrella companies

Limb(b) workers paid through PAYE can be furloughed under the scheme. However, such workers that pay tax on their trading profits through Income Tax Self-Assessment, would instead be eligible for the Self-Employed Income Support Scheme (SEISS), that was announced by the Chancellor Rishi Saunak on 26 March 2020.

Additional rules for employer and employees under the Job Retention Scheme:

Furloughed employees can be a part of volunteer work provided they don’t generate any revenue for, or on behalf of their organisation.

Furloughed employees can undertake training but such employees shouldn’t offer services that generate revenue for, or on behalf of their organisation.

However, in case if the time spent in training attracts a minimum wage entitlement that exceeds the furlough payment, employers will be liable to pay the additional wages.

Employees on maternity leave, adoption leave, paternity leave or shared parental leave can claim via the scheme provided they qualify for:

How much can employers claim:

Employers can claim for:

The reference salary shouldn’t not include non-monetary benefits provided to employees, including taxable Benefits in Kind and Salary Sacrifice Scheme.

Apprenticeship Levy and Student Loans aren’t covered under the scheme and should continue to be paid as usual.

What employers need to make a claim

To claim, employers will need:

However, HMRC will have the right to audit all aspects of your claim.

Employers should make their claim using the amounts in their payroll( either shortly before or during running payroll). Also, employers can reduce, worker’s wages to 80% of their salary within their payroll before they are paid.

After employers have claimed

HMRC will audit your claim, and once found eligible, they will pay it to the employers via BACS to a UK bank account.

What happens when the government ends the scheme

When the government ends the scheme, employers can decide whether to bring back furloughed employees or not.

Employees will still be paying all the taxes they are usually paying.

Employees will still be getting all the rights they have at work, including:

Working for a different employer

If allowed in the contract, employees can work for another employee till the time they are on furlough.