Brexit - The End or a New Beginning for the EU

What Do You Conclude By The Term ‘BREXIT’? 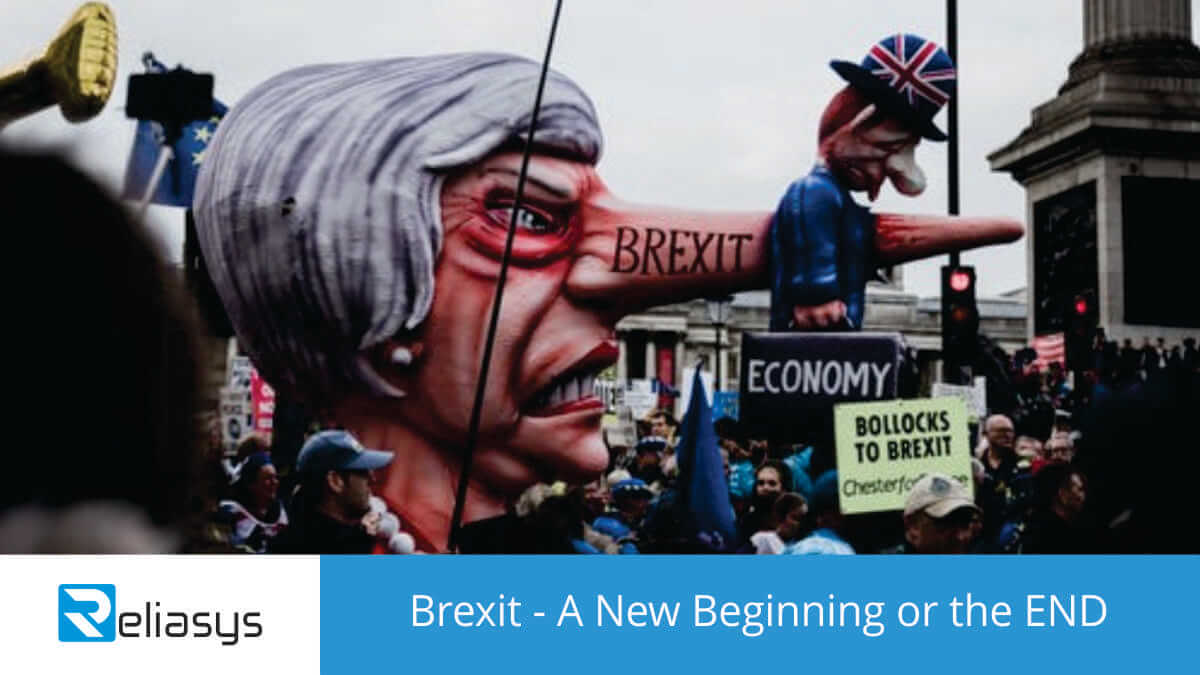 What Is European Zone?

European Union referred, as the EU is an economic and political partnership that comprises of 28 European Countries with a motive to promote economic co-operation for overall growth. This Union prevents countries from going on war against each other by making them active traders.

How Brexit Came Into Existence?

On the Thursday 23rd June 2016, a referendum was conducted. A voting process was conducted where every citizen eligible for voting was given an opportunity to decide the future existence of the United Kingdom as a part of the European Union. The voting result was in favour of Britain’s exit. The result percentage was 51.9% to 48.1%, and the referendum turnout was 71.8%.

How Was This Breakdown Of The UK Formulated?

Many countries voted for and against Britain’s active participation in the operations of the European Union. The vote in England was counted as 53.4% to 46.6% in favour of Brexit. Similarly, Wales also voted for Brexit calculated as 52.5% to 47.5%.

On the other hand, Scotland and Northern Ireland voted in against the Brexit. Both countries wanted Britain to continue being an active European Union participant. The votes of Scotland were counted as 62% to 38% against Brexit, and Northern Ireland votes were calculated as 55.8% to 44.2% in favor of Britain staying back in Eurozone. The referendum turnout was 71.8%. 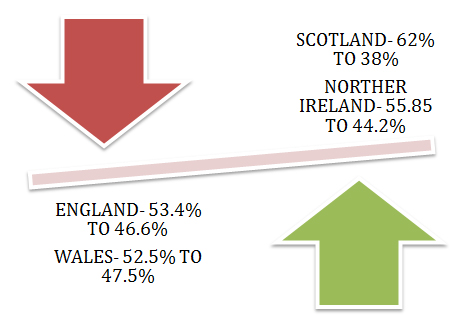 The EU has become a “single market,” allowing a smooth flow of goods and services around the Euro zone. The Union operates the same currency used by 19 countries and a single parliament. This parliament frames its own set of rules in a wide range of areas that includes the environment, consumer rights, transport, and even minimal issues like mobile phone charges and many more issues.

What Is Final Date Of BREXIT?

Initially, the UK was expected to leave the EU on 29th March 2019 after two years of it starting the process.

According to Article 50 of the EU’s Lisbon Treaty, the exit process has already begun. The situation has become ironical because even after issuing the withdrawal agreement thrice, the UK MP’s has rejected it.

As of now, the situation suggests that the UK will exit the EU at 23:00 GMT on 31ST October 2019, only on the following condition

As per Theresa May, UK should leave EU as early as possible to prevent its participation in the European Parliament elections to be held across Europe in May.

The EU, however, does not want to extend the Brexit process beyond 31st October 2019, but the proper stance claims that there are chances for another extension if all the EU countries and the UK agree to this. Another probability is that there could be no Brexit happening in actual.

What Is The Impact Of BREXIT?

However, if the UK leaves the deal without any deal, it could negatively hamper its relation with the EU, and no transition period or no guarantee on citizens might lose their rights of residence in the UK. Thus, there is an urgency to form a real deal with immediate effect. More than two hundred MPs have signed a letter to Theresa May to rule out a no-deal Brexit to maintain a healthy relationship in the future. However, the arrival of the new Prime Minister is still pending. Once the new Prime minister is elected, there will be a change in the policies. The chances of no-deal Brexit may increase or decrease; the future of the UK depends on the recent elections.