It has been around 10 months now and the COVID-19 is still the talk of the town, and why shouldn’t it be afterall it has been impacting our day-to-day lives, leaving the global economy in a state of turmoil. 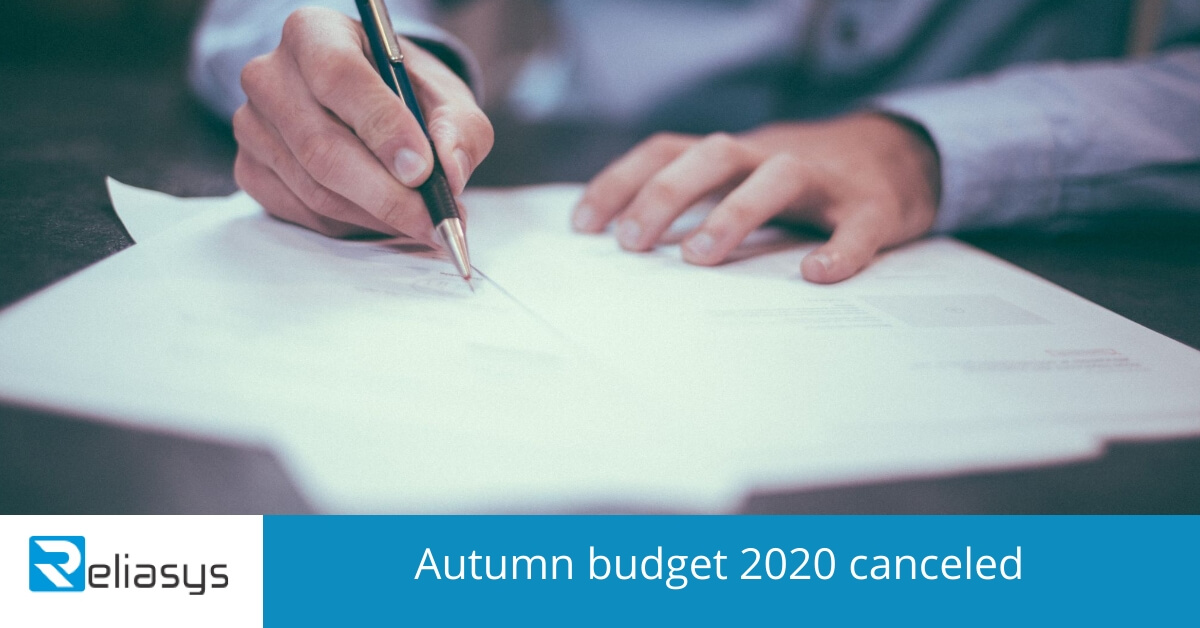 The UK Government, however, has left no stone unturned in its attempt to reduce the impact of the mishap on its citizens. Since April, the UK Chancellor Rishi Sunak has announced loan schemes, tax deferrals, furlough schemes, and business rates reliefs to help the citizens of the UK deal with the crisis financially. Some of the schemes announced include:

And while the pandemic still continues to be a major issue, The Autumn budget 2020 has been cancelled to allow the UK Chancellor Rishi Sunak to focus on his winter economic plans to replace the furlough scheme.

A Treasury source sonfirmed to the media: “No-one wanted to be in this situation but we need to respond to it.

“The Chancellor has shown he has been creative in the past and we hope that people will trust us to continue in that vein.”

A statement from the Treasury on the 24th of September said: "As we heard this week, now is not the right time to outline long-term plans - people want to see us focused on the here and now.

"So we are confirming today that there will be no Budget this autumn."

The news of scrapping the Autumn Budget 2020 followed soon after Chancellor Rishi Sunak said he would unveil his "winter economy plan".

In his announcement, Rishi Sunak said: “The primary goal of our economic policy remains unchanged - to support people’s jobs - but the way we achieve that must evolve.”

In his speech, the Chancellor announced that the new Jobs Support Scheme included in the Winter Economy package, will be protecting millions of workers who are returning, and further extend the Self Employment Income Support Scheme. The scheme also includes a15% VAT cut for the hospitality and tourism sectors, alongside additional help for businesses to repay government-backed loans.

There’s no doubt that the various schemes announced by the Government has supported millions of individuals and saved thousands of businesses from perishing. According to the latest stats, the furlough scheme alone has cost the UK government around £39.3 billion to till date.

The figures clearly state that the UK economy can face serious repercussion once the recovery phase starts, however, the Prime Minister’s official spokesman told reporters: “We have always said that we keep our support under review and that it will be adapted as the circumstances evolve.”

For now, all we can do as responsible citizens of the great and diverse nation is to support one another during these tough times and come out of this pandemic with as little damage as possible.